Led2Serve, in partnership with Century 21 NS Group, announced today the successful completion of it’s 1st Annual food outreach effort. Over 200 families in need were delivered tailor-madeThanksgiving food baskets on Saturday, November 18th. This effort was spearheaded by Led2Serve and agents coordinators with Century 21. Nearly all of its 41 offices participated in some way.

This international effort was created by Tony Robbins and was built on a simple idea: one small act of generosity on the part of one caring person can transform the lives of hundreds. Century 21 NS Group utilized 10 of its locations throughout New England to facilitate the creation and delivery of food baskets filled to the brim with items.

“It’s amazing to see what can happen when a company rallies it’s people together for a great cause. This may have been their first annual event, but surely not their last!” stated Vanessa Puleo, Executive Director & Founder of Led2Serve.

“We are so excited at the outpouring of support for our first annual Basket Brigade. Being able to help so many families in need, especially around the holidays, was truly an honor for our entire company. We look forward to growing this tradition every year along with other ways to help those in need,” stated James D’Amico, III, CEO/President of Century 21 NS Group. 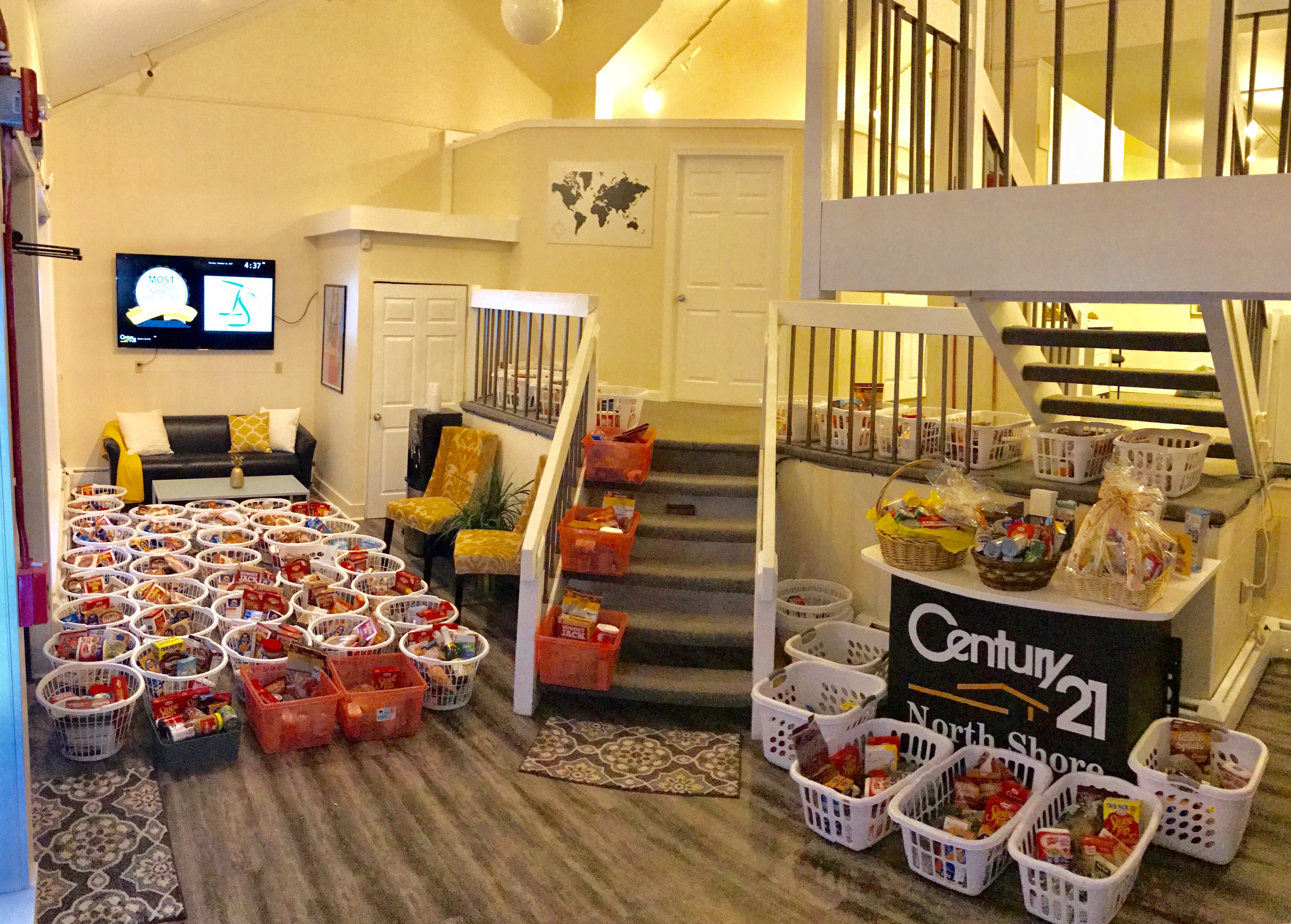